Ointment Artrin: instructions for use, composition

Ointment Artrin is a drug that belongs to a number of chondroprotectors second generation. 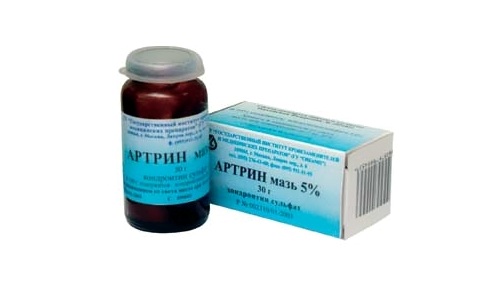 Artrin is for external use only. The preparation contains chondroitin sulfate sodium.

This active substance is a high molecular weight mucopolysaccharide. It is synthesized from the cartilaginous tissue of the trachea of ​​cattle.

The pharmacological action of the substance is aimed at slowing bone resorption and preventing the removal of calcium from the body. Chondroitin has a good effect on cartilage tissue, it normalizes phosphorus-calcium metabolism, which stops the process of destruction of the connective cartilage tissue.

In addition, the rate of regeneration of the cartilage surface of the bones and the synovial sac is accelerated. There is a regulation of viscosity and the amount of inter-articular fluid.

The callus is formed faster, hematomas dissolve. The use of this drug speeds up the process of treatment several times.

In its structure, Artrin is similar to Heparin. Both of these drugs inhibit the formation of fibrin clots in synovial microvascular beds.

Application Artrin reduces pain in the joints, increases the mobility of the latter. 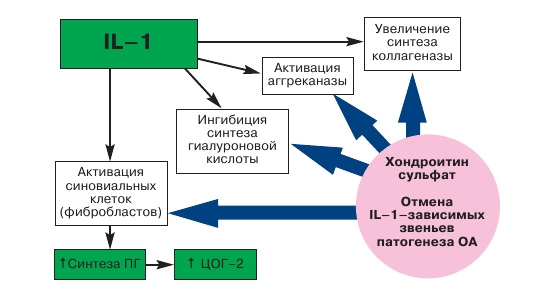 Dimethyl sulfoxide (DMSO) is another component of Artrin that has anti-inflammatory, fibrinolytic and analgesic effects. Moreover, DMSO in combination with chondroitin enhances the penetrating ability of the second through the cell membrane.

When taking the drug, the maximum concentration of active substances in the blood plasma is observed after 2–3 hours, and the limiting amount of the drug penetrates into the interarticular fluid in 3–5 hours. At the same time no more than 15% of the active components are absorbed by the body.

The drug is excreted through the kidneys with urine within 24 hours.

Indications for the use of drugs

Description of the drug allows its use in the following cases: 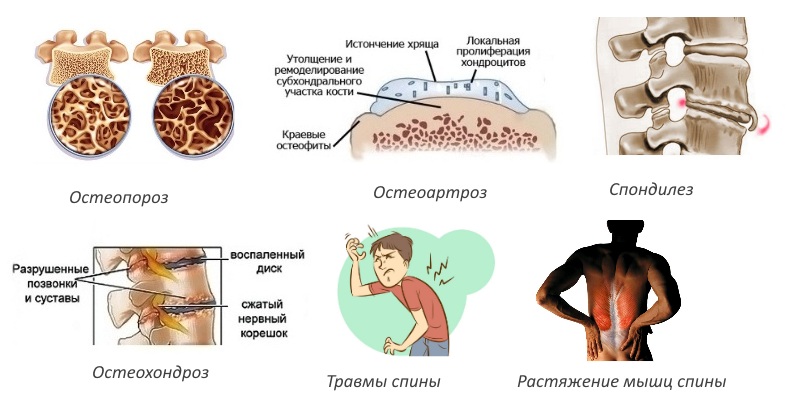 Thus, the indications for use of this drug is quite extensive.

Since Artrin is an external drug, its active substances are almost not absorbed into the systemic circulation.

Therefore, contraindications to use are limited to a small number of factors: 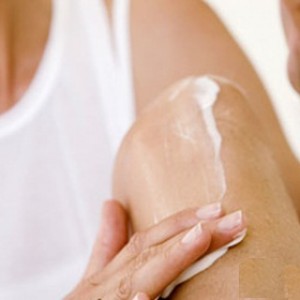 Since Artrin is an external agent, it should be applied to the surface of the skin. The medicine should be smeared on the skin in the place where the painful part of the spine is located. Instructions for use advises rubbing ointment into the skin with massage movements for 3-5 minutes.

The application procedure should be repeated every 6-10 hours. The shortest period of therapeutic course is 3 weeks.

The course of treatment can be repeated as necessary. For effective treatment of paradontopathy therapeutic course should last at least 3 months.

Side effects of this medication include a rare manifestation of allergic reactions. Symptoms of allergies in this case can be pruritus, erythema, urticaria, dermatitis.

In the event of such events, it is necessary to immediately stop therapy.

The medication in question should be used only as prescribed by a specialist. In elderly people with atherosclerosis, the concentration of triglycerides and cholesterol in the blood often decreases.

In appointing Artrin, the doctor must take this fact into account.

Benefits of using the drug

Clinical trials of drugs showed that 75–90% of patients with osteoarthritis developed a steady improvement in their well-being. In 2-3 weeks of treatment, patients began to leave pain in the joints, swelling of the extremities significantly decreased.

The positive effect of the drug during the treatment of sprains and hematomas was noted. This is due to the fact that chondroitin sodium sulfate, among other things, has some anticoagulant properties.

In addition to good efficacy and safety, a significant advantage of this drug is its relatively low price. The cost of this medicine is significantly lower than that of similar imported ointments.

Normal storage conditions of Artrin provide for keeping the product in a dry room at a temperature not higher than + 20 ° C. The drug should be stored only in the original packaging.

Shelf life of the drug does not exceed 1 year.

Copying materials from the site is possible without prior approval in case of installation of an active indexed link to our site.

Attention! The information published on the site is for informational purposes only and is not a recommendation for use.
Be sure to consult with your doctor!

Ointment 911 with chondroitin: price, composition and use

Ointment for synovitis: a review of effective drugs

Ointment with osteochondrosis of the cervical, thoracic and lumbar

Ointment for hernia of the lumbar spine: a review of funds

Ointment for cramps in the legs: effective drugs

Ointment for gout on the feet: a review of effective

Ointments for the treatment of joints: a review of effective drugs

Magnetotherapy for osteochondrosis of the cervical spine

Lumboischialgia: symptoms, diagnosis and treatment of the disease

Lumbago: symptoms and treatment at home

Flaxseed oil for gout: features of use and benefits

Linseed oil for joints: how to take the remedy

Exercise therapy for scoliosis in children

Exercise therapy for gout: a complex of therapeutic exercises

Exercise therapy for hernia of the cervical spine

Exercise therapy for hernia of the thoracic spine

Exercise therapy for hernia of the thoracic spine is prescribed for treatment in combination with ...

Exercise therapy for patients with ankylosing spondylitis is recommended for systemic chronic diseases of the ...