Leukemia (leukemia, blood cancer) – what is it 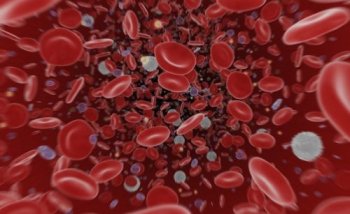 Human blood is a liquid medium consisting of plasma and cells suspended in it: leukocytes, erythrocytes and platelets. Each type of formed elements performs a specific function: leukocytes are responsible for fighting various infectious agents, red blood cells transport oxygen from the lungs to all organs and tissues of the body, and platelets promote blood clotting.

Most of these cells are formed in bone marrow tissues, which are concentrated inside the pelvic bones and in the ribs, in a much smaller volume – in the long tubular bones of the limbs and in the vertebrae. Bone marrow is the only human tissue that contains an accumulation of immature stem cells without a given specialization.

It is here that hemopoiesis, or the gradual formation of new cells to replace spent their life cycle.

When normal cell formation is disrupted, a huge number of abnormal or immature leukocytes are released into the bloodstream.. They cannot perform their protective functions.

In addition, unlike normal elements, the modified ones are not eliminated at the right time, but continue to circulate in organs and tissues, gradually replacing the healthy ones. There is no tangible or visible tumor in case of leukemia, oncological structures are scattered throughout the body by blood flow.

The exact causes of leukemia are unknown, but a negative impact on this process of the polluted environment, an accelerated rhythm of life and constant stresses is assumed.

Leukemia subject to people of any age, among childhood cancers, leukemia occurs in 30% of cases. The greatest number of episodes of the disease is detected in children in the fourth year of life.

Despite a comprehensive study of the pathological process, it was not possible to reliably determine the cause of leukemia. Identified predisposing factors, the influence of which can provoke the development of the disease.

As a rule, the development of hemoblastosis is not provoked by only one factor. In the pathological process, a chain of events plays a role that activates an oncogene or affects the formation of a mutated cell.

Often there is a complex of negative influences, although there are cases of sudden and causeless, at first glance, the development of pathology.

The classification of blood cancer by type of disease:

Acute leukemia can not turn into chronic and, conversely, chronic does not have the propensity to go into acute form. Chronic leukemia is characterized by periods of exacerbations, and the blood test pattern resembles the acute form of the disease.

Classification according to the degree of differentiation of altered cells:

Depending on the type of cells affected by the pathology:

The initial stage of leukemia may seem like a cold, but later on its signs acquire distinctive features.

Common signs of an initial stage of leukemia:

Symptoms of various types of leukemia:

Leukemia can be suspected by symptoms, but it is necessary to identify leukemia and make an accurate diagnosis based on blood test results. To clarify the various data using additional research methods.

With leukemia chemotherapy is the basis of treatment. In addition, bone marrow transplantation is used.

Hematologists rely on regulated treatment regimens for certain forms of the disease that are constantly being improved. But an individual approach, as in the treatment of other diseases, is not practiced with leukemia – all doctor’s prescriptions follow a well-defined program.

Correction of therapy may be associated with the general condition of the patient and comorbidities.

What you need to know about chemotherapy:

The goal of subsequent therapy is to maintain treatment with the appointment of the same doses of cytostatics. The last stage is considered as prophylaxis to maintain the achieved result and to prolong remission.

In the treatment of certain types of cancer is applied exposure to radioactive isotopes for the purpose of prevention, treatment and preparation for bone marrow transplantation.

Donor transplantation or autotransplantation of one’s own bone marrow is performed in cases when the signs of leukemia persist after a course of chemotherapy. This operation helps to restore hemopoiesis, which has a positive effect on the work of the immune system.

All types of blood cancer respond differently to treatment, some are relatively easy to treat, while others do not always respond positively to the measures taken.

The most common complication of leukemia is infectious lesions of various origins that attack a weakened body of a patient with leukemia.

Acute forms of leukemia can provoke development of sepsis and hemorrhage in the brain. Without proper treatment, cancer of the blood is fatal. 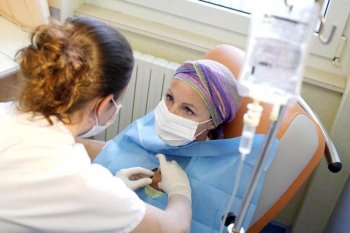 The prognosis for leukemia depends on the timing of the diagnosis, the patient’s age, the type of affected cells, the prevalence of pathological processes and the response to therapy.

Often with leukemia adverse prognosis in men, children over ten years and older people. Late detection of blood cancer with a significant increase in the number of leukocytes reduces the chances of long-term remission.

Children from 2 to 10 years old can achieve long-term remission with proper treatment.

Acute leukemias are characterized by rapid development and in the absence of proper treatment, they end in death. With adequate treatment of leukemia, about 50% of patients survive, but there are forms of the disease with recovery rates of 90–95% and 3-5%.

In the latter case, the doctors are doing everything possible, but only a bone marrow transplant is an effective means of saving these patients.

Methemoglobinemia is a blood disorder in which the patient has an increased content of methemoglobin (more than 1.5%) – oxidized hemoglobin. AT.

Levofloxacin or Azithromycin: what is better and whether it is possible at the same time, compatibility

Left-sided pneumonia – treatment in an adult and in a child

Levosin and Levomekol: what is the difference and what is better, differences, comparison

Levomekol: is it possible to smear in the mouth during stomatitis

Levomekol: is it possible to smear in the nose from a cold

Levomekol with barley on the eye: is it possible to apply and how to do it

Levomekol for eczema – how to apply, treatment, the effect of ointment

Levomekol with bruises: help or not

Levomekol for bedsores – how to apply, treatment and effect of ointment

Levomekol for thrush – in women and men

Levomekol on lip lips – how to apply

Levomekol during breastfeeding: whether or not

Levomekol in hemorrhoids: how to apply, help or not

Levomekol with ingrown nail – treatment, how it works

Levomekol in chickenpox – how to apply

Levomekol during pregnancy: whether or not

Levomekol in sore throat: how to use and whether it can be done

Levomekol after tooth extraction – how to apply, in the hole

Levomekol from scars – how to apply, action, treatment

Levomekol from acne: help or not, can I smear acne

Levomekol from corns – how to apply

Levomekol – the ointment having the combined structure. Applied externally. It has anti-inflammatory action, highly ...

Levomekol from depriving – how to apply, treatment

The drug Levomekol is a universal remedy in the elimination of many human skin ailments. ...